Most of the parade is held on Lakeshore Boulevard which is free but nightlife tickets are not. Tickets for nightlife events are available in weekend passes. Limited quantities available.

On April 8th, 2020, the festival management committee canceled year’s parade on Lakeshore. They are still looking to host other events in a more traditional format.

CaribanaToronto.com operates independently from the parade organizers as Caribana is a weekend-long cultural celebration with dozens of events beyond the parade. We facilitate hotel packages and events throughout Caribana weekend. While the official parade has been canceled, there is still a multitude of events that are still scheduled to take place.

The road becomes the stage for the masqueraders and steelpan performers. It truly is something you can’t miss. Toronto Caribbean Carnival's Grande Parade continues to attract local, regional, national, and international attention by visitors and media as it is the highlight of the three-week Festival. This event continues to draw millions from all over the world to see the live performing street art year after year and on live streaming. 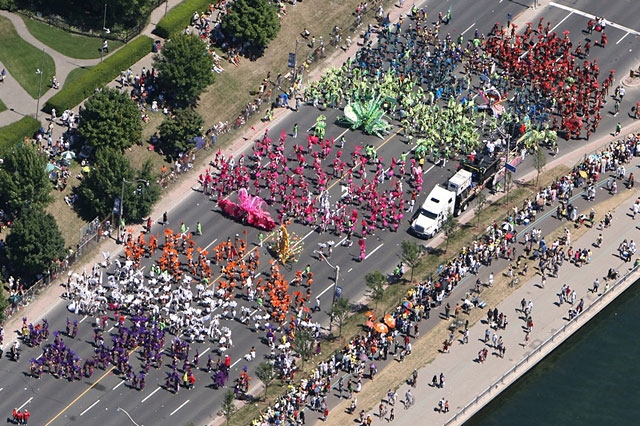 Enter your email address below to sign up for our e-newsletter, and receive updates about hotel packages, weekend passes, nightlife event tickets and more.